Morro Bay is a waterfront city in San Luis Obispo County, California. The town of Morro Bay was founded by Franklin Riley in 1870 as a port for the export of dairy and ranch products. He was instrumental in the building of a wharf which has now become the Embarcadero. During the 1870s, schooners could often be seen at the Embarcadero picking up wool, potatoes, barley, and dairy products.

Since the beginning of the 20th century, the town has been a center for beach holidays. Tourism is the city’s largest industry. The most popular beach is on the north side of Morro Rock, north of the harbor. There are also excellent beaches north and south of the town which are now owned by the State of California.

The town’s most striking feature is Morro Rock, a 576 foot high volcanic plug. Morro Rock stands at the entrance to the harbor, and a causeway connects it with the shore. Morro Bay is a natural embayment with an artificial harbor constructed by the U.S. Army Corps of Engineers. It is the only all-weather small craft commercial and recreational harbor between Santa Barbara and Monterey. Morro Bay’s economy is based on small businesses, tourism, and retirees. A number of tourist attractions are found along the shoreline and the streets closest to it, especially the Embarcadero, including restaurants, shops and parks.

This article uses material from the Wikipedia article “Morro Bay, California”,
which is released under the Creative Commons Attribution-Share-Alike License 3.0. 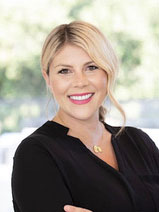